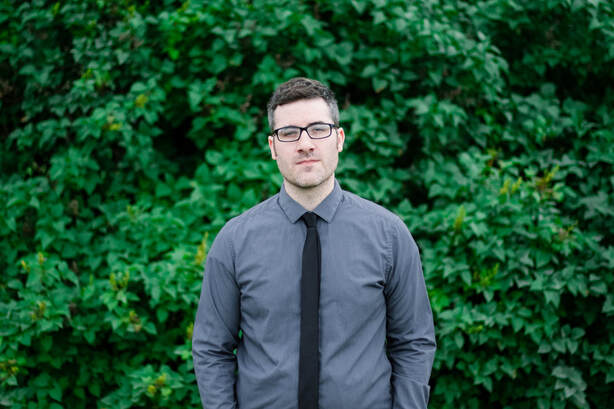 I was born to two loving and humble basket-makers and raised in the sleepy unincorporated community of Bushkill, Pennsylvania, deep in the heart of the Poconos Mountains. Though my parents were indeed humble, they were also some of the best in the world at what they did. Their innovative creations blurred the lines between folk art and high art and proved to me early on that it’s possible to be successful at anything, even something as specific as high end baskets.

When I chose to begin studying flute between third and fourth grade, I found my own lifelong obsession. It’s only now, upon reflection, that I realize just how crucial this time was in my development because it’s also when my cool older brother, Justin introduced me to punk and ska music. I was drawn in immediately, not only by the melodies and grooves, but also the positive, socially conscious messages that seemed to be baked into the genres. With a flute in one hand and a stack of mixtapes in the other, I had my musical blueprint from an early age.

I was determined to master the flute and fortunate enough to be able to study with two incredible and inspiring private instructors during my youth in the Poconos, Barbara McMahon and Nelson Hill. But even though I enjoyed the process of honing my flute skills and loved playing in the school band, I knew something was missing. I yearned to participate in my favorite types of music so in eighth grade I picked up an alto sax, joined the jazz band, and figured it was finally time to learn how to play some ska.

Of course, now armed with a saxophone (picture it hanging around my neck; I’ve still got the flute and the mixtapes too), I felt 100% qualified to start my first “ska” band, The Sycophants. We truly had no idea how to play the genre, but band practices were a lot of fun! During that time I learned guitar and bass and formed a much more manageable three piece punk side-project called Only On Tuesdays.

By my ninth grade year, OOT had accrued enough songs, funds, and small town gumption to record a full-length album (fortunately, available nowhere on the internet).  We were quite active in our local scene, opening for regional and occasionally national acts at local venues and getting to unironically say “I’m with the band”. Sharing an up-close musical experience with our fans was so much different than performing as part of a large ensemble in the school auditorium and being part of the band, the crowd, and the show all in the same night felt completely exhilarating.

The more music I played in high school, the more instruments I wanted to learn.  The more instruments I learned, the more music I wanted to play. I was making lifelong friends in marching band while falling in love with the works of Mozart, Bach, Chaminade, and Kuhlau through my private flute study.  During this time I continued songwriting, began taking music theory classes, and penned my first instrumental compositions; I even figured out how to play and write ska!

In 2005, after high school, I continued my studies at West Chester University, originally on the Music Education track. However, halfway through the program I realized that classroom teaching simply was not for me. I switched majors in my third year and graduated (on time!) with a Bachelor’s Degree in Music Theory and Composition. Throughout this time, I was also receiving guidance, support, and absolutely top notch private flute instruction from the wonderful Kimberly Reighley.

Before heading to New York University to complete the Master's program in Flute Performance, I spent another summer in the Poconos teaching private lessons and working at a local resort. This fortuitous intermittent time would prove to be another life-changing one because it’s when I met and fell for my magnificent wife and partner, Summer.

In New York, I was thrilled to be accepted into the studio of world-renowned flutist, pioneer of extended techniques, and inventor of the Glissando Headjoint®, Robert Dick. I also participated in weekly masterclasses with Keith Underwood which allowed me to experience a completely different approach to teaching and playing the flute. All the while, I was also playing in the NYU orchestra, helping lead the New Music Ensemble and other chamber ensembles, and providing private flute instruction to undergraduate students. I learned and absorbed an incredible amount during my three short semesters there - not only about the flute, but about how to live a life full of music, integrity, authenticity, and PURE SILLINESS. And since then I’ve found that it's not only possible to continue gradually expanding one’s skill set and sonic palette over a period of decades, it’s fulfilling!

Throughout the years, I've had the pleasure of performing and recording many styles of music by myself, with my amazing friends, and even some of my musical heroes. During my college years and beyond I played flute and tenor sax in a ska band called Slightly Askew and got to play shows with some of my favorite bands including Bomb the Music Industry!, Mustard Plug, Big D & The Kids Table, and The Toasters. This stint helped me develop my sax chops while learning how to put on a fun, energetic performance for minuscule and enormous crowds alike.

I sporadically play guitar, ukulele, and percussion in the charming indie folk outfit Sillyheart alongside the fabulous Sara Murray and it was in service of this project that I taught myself the process of recording and mixing. I also spent several years playing drums, flute, and valve trombone in the DC-based indie folk rock band Roof Beams and recorded one full-length album with them during my tenure.

I’ve written and self-published several solo flute pieces over the years but in my current solo work I usually aim to blend classical and contemporary flute sounds with the two other genres I’ve always loved most: punk and ska. My first two solo EPs, Constructive Rest (2016) and Dysania (2017) were the first steps in my journey to create and express my own unique style. Since then, I’ve continued this process and released more collaborative ska singles (and produced countless other tunes) for my podcast Sean & Dave Make Music.

I’m also a big fan of podcasts in general and sometimes create musical themes for my favorite shows. My music has been featured and heard by millions on shows including How Did This Get Made​,​ ​The Todd Glass Show​,​ ​Hornpod​,​ ​23 Minutes of Ska​, ​and ​​The Dollop - England & UK​ (​for which I co-wrote and recorded the official intro theme). Even though on their surface, the mediums seem very different, I see my love of music and podcasting as one in the same. Both are ways of expressing feelings and sharing a deep connection with humans you might not otherwise encounter or begin to understand.

Since settling in Chester County, PA in 2010, I’ve had the opportunity to share the skills I’ve acquired in my decades of study with hundreds of private students ranging in age from 6 to 93. The concepts and practice techniques I teach in a musical context are also applicable to other academic and physical disciplines and I genuinely enjoy helping my students utilize music-making as a means of self-improvement as well as self-expression. Music is, of course, a mode of creative expression but it can also be a game and I believe learning it should always be fun!

When the COVID-19 pandemic rendered most in-person music lessons (especially flute) too risky, I transitioned to teaching online. There were certainly some initial challenges to overcome, but I’ve found that the digital format is quite conducive to one-on-one learning and I've enjoyed helping guide my students through the technological shift. This transition also afforded me the freedom to relocate to my current home of Williamsburg, Virginia where I look forward to continue teaching and performing! 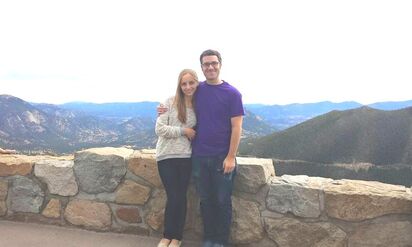